The Montessori method is an educational method for children, based on theories of child development originated by Italian educator Maria Montessori in the late 19th and early 20th century.

The method is characterized by an emphasis on self-directed activity on the part of the child and clinical observation on the part of the teacher (often called a "director", "directress", or "guide"). It stresses the importance of adapting the child's learning environment to his or her developmental level, and of the role of physical activity in absorbing academic concepts and practical skills. It is also characterized by the use of autodidactic (self-correcting) equipment to introduce various concepts.

Although there are many schools which use the name "Montessori," the word itself is not recognized as a trademark, nor is it associated with a single specific organization. 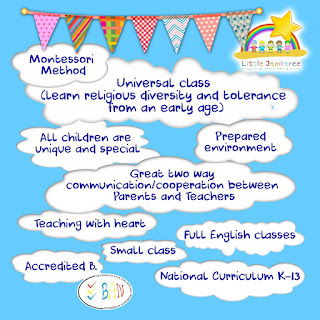